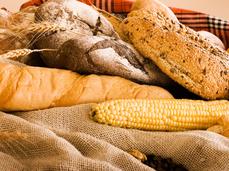 Barry Snyder grew up in Texas, loving Mexican food and BBQ. After graduating the Culinary Institute of America in Hyde Park, NY he worked a a Pastry Chef, Line Chef and Sous Chef until opening his own restaurant, La Poule a Dents, in Norwich Vt.  For fifteen years, La Poule a Dents gained a reputation as a French restaurant for excellence and was awarded Four Diamonds by AAA, one of two restaurants in Vermont and the only restaurant in the Upper Valley even to this day.  Awarded the Award of Excellence by The Wine Spectator, for ten straight years.  In 2011, Chef Snyder opened Salubre in Hanover, featuring Italian Cuisine.  A great experience which led to the use of the area Farmers Markets as a marketing tool.  It was at these markets that a spark was lit, a joy for bread coupled with accessories and an opportunity to connect with the customer unlike any other in the food service business.

Currently you can find us at the various local markets, and an occaisional appearance on the streets of Norwich and Hanover.

Chef Snyder is also available to cater your private affairs,

A few words about us